"Only the strong survive, and when you or your family is faced with a challenge in life, ask yourself, 'Who will be fighting for you? An attorney who has fought and won hard rounds? An attorney who, no matter how hard the fight, has the heart to answer the bell?' Success is often hard-fought – I wouldn't expect it to be any other way. I drive hard, I go the distance, and the results I get for my clients speak for themselves!" 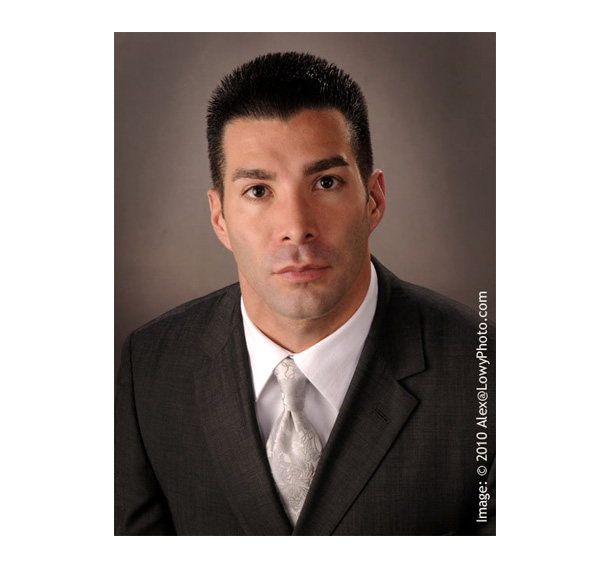 Joseph D. Lento has unparalleled experience passionately fighting for the futures of his clients nationwide. Mr. Lento represents students and others in disciplinary cases and other proceedings at colleges and universities across the United States. Mr. Lento has helped countless students, professors, and others in academia at more than a thousand colleges and universities across the United States, and when necessary, he has sought justice on behalf of clients in courts across the nation. He does not settle for the easiest outcome, and instead prioritizes his clients' needs and well-being. Joseph D. Lento is licensed in Pennsylvania, New Jersey, and New York, is admitted pro hac vice as needed nationwide, and he can help you or your student address school-related issues and concerns anywhere in the United States.

We Understand What You're Going Through

It's a student's worst nightmare: sitting down in front of the university disciplinary committee, wondering whether or not they are going to be able to continue with their education. Student misconduct is taken very seriously by any university or college. For the student, a fun-filled night out can turn sour in a matter of minutes. Every situation is different, but one thing remains the same across all cases: university discipline action is harsh and swift.

Many university disciplinary committees will move quickly to sit the student down and deliver whatever punishment or sanction they believe fits the violation. Before they are really even aware what happened, students may find themselves on university probation, or worse, suspended or expelled. The initiation of code of conduct or disciplinary proceedings usually takes place within mere days of whatever events transpired. From the outset, students are at a major disadvantage. They have limited time to prepare themselves, and more importantly, they are unfamiliar with the disciplinary process.

Students and parents often do not recognize what is really at stake, as hearings can bring forth severe and unforeseen consequences. A disciplinary hearing is not the same as a trial, and universities do not need to follow the rules of "innocent until proven guilty." Students don't face a jury of their peers, and instead often sit before an intimidating panel of members of university administration. It is not uncommon for college students to get into trouble, but college disciplinary actions can cause a student to suffer negative repercussions throughout their entire life. Ultimately, a school disciplinary action can severely complicate your future or your student's future.

You may not know this, but having an attorney in your corner as early as possible will help you or your student get the most favorable outcome.  Many schools welcome an attorney's presence during the disciplinary investigation and the hearing to provide advice and counsel for the student.  Face to face meetings with school officials on your behalf can also greatly influence the direction and outcome of disciplinary proceedings.  At other times, behind-the-scenes preparation works best, and the school does not even have to know you have an attorney protecting your interests.  We know which approach is best for your situation because we have been there countless times before.

Regretfully, many students will wait until after an unfavorable ruling to get an attorney's help with an appeal, but this is a misguided approach. Universities tend to have a very short time for appeals, often the span of a handful of days. If you have an attorney from the beginning, you can be best prepared for the initial hearing, which is critical to success. Even in the event of an unfavorable outcome, you can also be ready with an appeal and respond quickly.  Schools will not hesitate when they move forward with disciplinary action, and neither should you – Getting legal assistance as early as possible can greatly influence the outcome of an investigation, hearing, or appeal.

For more than a decade, Joseph D. Lento has practiced criminal defense in many of the nation's highest stakes forums while concurrently representing students in disciplinary proceedings and  other matters at more than a thousand colleges and universities across the United States.  He has represented countless clients at schools across all corners of the United States - in Alaska, California, Florida, Hawaii, Maine, Texas, and so forth - and he has also represented many clients who are studying or teaching abroad - for example, in Asia, Europe, the Mideast, and the Caribbean.

Having the requisite experience and resources to effectively and successfully represent students, professors, and others in academia, nationwide, locally in New Jersey, Pennsylvania, and New York, and even internationally, is one of many strengths that Joseph D. Lento and the Lento Law Firm bring to the table and which allows his clients the best prospect of success.  In many cases, successful resolutions can be had at the school level when effective steps forward are taken, but when necessary, Joseph D. Lento has also sought justice on behalf of clients in courts throughout the United States.

If you are facing a student discipline case or any school-related injustice, Joseph D. Lento can help - He is an experienced attorney that will not back down in the face of adversity, and he will do whatever it takes to triumph against difficult odds.

Attorney Joseph D. Lento and the Lento Law Firm are here to help. There is no obligation if you would like to contact us with any questions or concerns regarding your or your loved one's issue. We will promptly follow up with you and let you know how we can help.

Thank you for contacting us. We will get back to you shortly.

Please complete all required fields below.

Click here to learn what gets me up in the morning!

Attorney Joseph D. Lento fights on behalf of clients in cases featured in the local and national media.

If you, or your student, are facing any kind of disciplinary action, or other negative academic sanction, and are having feelings of uncertainty and anxiety for what the future may hold, contact our offices today, and let us help secure your academic career.

This website was created only for general information purposes. It is not intended to be construed as legal advice for any situation. Only a direct consultation with a licensed Pennsylvania, New Jersey, and New York attorney can provide you with formal legal counsel based on the unique details surrounding your situation. The pages on this website may contain links and contact information for third party organizations – the Lento Law Firm does not necessarily endorse these organizations nor the materials contained on their website.  In Pennsylvania, Attorney Joseph D. Lento represents clients throughout Pennsylvania's 67 counties, including, but not limited to Philadelphia, Bucks, Chester, Delaware, Montgomery, Berks, Lancaster, Lehigh, and Northampton County.  In New Jersey, attorney Joseph D. Lento represents clients throughout New Jersey's 21 counties: Atlantic, Bergen, Burlington, Camden, Cape May, Cumberland, Essex, Gloucester, Hudson, Hunterdon, Mercer, Middlesex, Monmouth, Morris, Ocean, Passaic, Salem, Somerset, Sussex, Union, and Warren County,  In New York, Attorney Joseph D. Lento represents clients throughout New York's 62 counties.  Outside of Pennsylvania, New Jersey, and New York, unless attorney Joseph D. Lento is admitted pro hac vice if needed, his assistance may not constitute legal advice or the practice of law.  The decision to hire an attorney in Philadelphia, the Pennsylvania counties, New Jersey, New York, or nationwide should not be made solely on the strength of an advertisement. We invite you to contact the Lento Law Firm directly to inquire about our specific qualifications and experience. Communicating with the Lento Law Firm by email, phone, or fax does not create an attorney-client relationship.  The Lento Law Firm will serve as your official legal counsel upon a formal agreement from both parties. Any information sent to the Lento Law Firm before an attorney-client relationship is made is done on a non-confidential basis.